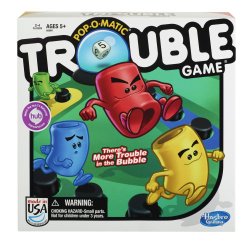 It’s no TROUBLE to find a fun board game to play with your grandkids if you buy the game TROUBLE (Yes, I love silly puns and word games! However did you guess?)

Trouble has been a fave game of my grandkids and me for some time. So much so, that we’ve gone through THREE sets of it over the years. They are made a BIT on the cheap side – then again, they are GRAND for the pocket book. 🙂 . And the last set, while wearing out a bit, also got lost when we moved. But what seemed like a royal pain turned into a royal GAIN.

I ordered the new set from Amazon for a whopping $9.97 and I’m so glad I did. It arrived and sat there…and sat there…and sat there. One of the joys of being an up-close and often babysitter of grandkids is that they start to grow up! Which is a good thing! BUT they start to outgrow some of their past loves…which can be a bit of a bittersweet thing. And lately, between computer game fun and neighbor friends mega fun, our board game time has been dwindling. But finally, this past weekend, my oldest grandson came to spend the night and have some one on one on one with great grandma and me.

He had fun re-discovering Scarecrow, enjoyed making a mini-fort of pillows, and suggested a board game. WOOHOO – I gave him a list of 5, he picked Trouble and we had a lot of fun playing on the new board. As I waited for him to set up the game for a second go round after he beat me handily, I was looking at the fancy new pictures on the board and trying to figure out what they were there for. I finally got smart, picked up the directions, and discovered THEY HAD AMPED THE GAME UP! 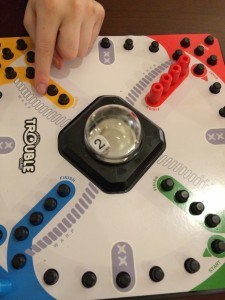 You no longer need to get into the ending base with an exact count AND instead of having to roll a 1 or a 6 to get out to play, you have to roll a 6 BUT the opponent(s) has to roll a 1. It doesn’t seem like much but it made for a very fun, frenzied and fast game that we both enjoyed – SIX times (he beat me 4 – 2 🙂 ).

And don’t worry. If you like the original rules, you can easily play those. AND if you have a younger grandchild who can’t handle having to wait several times to get out to play, which can sometimes happen, you could follow our trick and say you only need to roll a 1, 2, 5, 6 to get out. It definitely can help.

There’s a lot of creative options for this game and my grandson and I LOVE these new ones. So much so, he was raving about it to his brothers and it’s now packed in the car for the next time I go over to babysit. Or at least, the next rainy day I go to babysit. I’m pretty sure this will trump the computer games (once anyway). But the friends – probably not. And that’s OK, because I love all their friends and have a blast watching them play together. 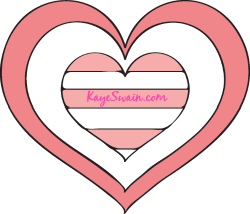 P.S. Just in case not all the versions of Trouble have these updated rules, here’s the link to the game I bought – CLICK HERE. Enjoy! 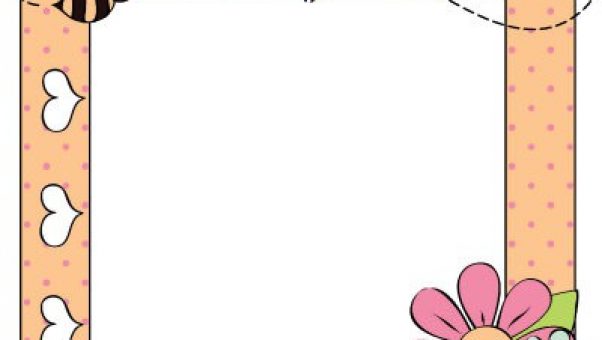 Come With SandwichINK to the Ultimate Blog Party 2014 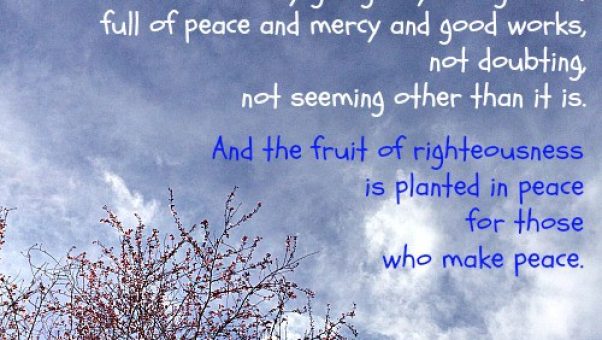