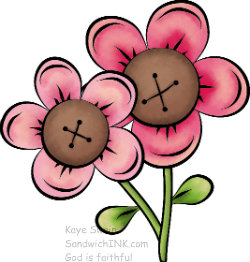 News and Resources for Boomers and Seniors in the Sandwich Generation: Urinary Tract Infections, Part 2

Urinary Tract Infections (UTI) are NOT fun, but they are, often, of importance to those of us in the Sandwich Generation, juggling multigenerational caregiving issues. In my own family, we've seen several cases of a UTI – impacting women of several different ages. And even though none of the men in our family have had one, it can happen! So it's vital for us to learn as much as we can about this nasty infection! Last week, I shared a wealth of information from the National Institute of Health (NIH) and today, I have more from them, along with another excellent resource, as well as my comments – and bolding/red-ing of points I have found especially important for our family – and maybe for yours:

What are the signs and symptoms of a UTI? Symptoms of a UTI vary by age, gender, and whether a catheter is present. Among young women, UTI symptoms typically include a frequent and intense urge to urinate and a painful, burning feeling in the bladder or urethra during urination. The amount of urine may be very small. Older women and men are more likely to be tired, shaky, and weak and have muscle aches and abdominal pain. Urine may look cloudy, dark, or bloody or have a foul smell. In a person with a catheter, the only symptom may be fever that cannot be attributed to any other cause. Normally, UTIs do not cause fever if they are in the bladder. A fever may mean the infection has reached the kidneys or has penetrated the prostate. Other symptoms of a kidney infection include pain in the back or side below the ribs, nausea, and vomiting.

How are UTIs diagnosed? To find out whether a person has a UTI, the health care provider will ask about urinary symptoms and then test a sample of urine for the presence of bacteria and white blood cells, which are produced by the body to fight infection. Because bacteria can be found in the urine of healthy individuals, a UTI is diagnosed based both on symptoms and a laboratory test. The person will be asked to give a “clean catch” urine sample by washing the genital area and collecting a “midstream” sample of urine in a sterile container. This method of collecting urine helps prevent bacteria around the genital area from getting into the sample and confusing the test results. Usually, the sample is sent to a laboratory, although some health care providers’ offices are equipped to do the testing. For people with recurring infections and patients in the hospital, the urine may be cultured. The culture is performed by placing part of the urine sample in a tube or dish with a substance that encourages any bacteria present to grow. Once the bacteria have multiplied, which usually takes 1 to 3 days, they can be identified. The health care provider may also order a sensitivity test, which tests the bacteria for sensitivity to different antibiotics to see which medication is best for treating the infection.

If a person has recurrent UTIs, the health care provider may order some additional tests to determine if the person’s urinary tract is normal, including a Kidney and bladder ultrasound. Ultrasound uses a device, called a transducer, that bounces safe, painless sound waves off organs to create an image of their structure. The procedure is performed in a health care provider’s office, outpatient center, or hospital by a specially trained technician, and the images are interpreted by a radiologist—a doctor who specializes in medical imaging; anesthesia is not needed. The images can show abnormalities in the kidneys and bladder. However, this test cannot reveal all important urinary abnormalities or measure how well the kidneys work.

There are also other, more in-depth tests, that you can read about by clicking here  and scrolling down to "How are UTIs diagnosed?"

How are UTIs treated? Most UTIs are caused by bacteria, which are treated with bacteria-fighting medications called antibiotics or antimicrobials. The choice of medication and length of treatment depend on the patient’s history and the type of bacteria causing the infection. Some antibiotics may be ruled out if a person has allergies to them. The sensitivity test takes 48 hours to complete and is especially useful in helping the health care provider select the antibiotic most likely to be effective in treating an infection. Longer treatment may be needed if the first antibiotic given is not effective.

When a UTI occurs in a healthy person with a normal, unobstructed urinary tract, the term uncomplicated is used to describe the infection. Most young women who have UTIs have uncomplicated UTIs, which can be cured with 2 or 3 days of treatment. Single-dose treatment is less effective. Longer treatment causes more side effects and is not more effective. A follow-up urinalysis helps to confirm the urinary tract is infection-free. Taking the full course of treatment is important because symptoms may disappear before the infection is fully cleared.

Complicated UTIs occur when a person—for example, a pregnant woman or a transplant patient—is weakened by another condition. A UTI is also complicated when the person has a structural or functional abnormality of the urinary tract, such as an obstructive kidney stone or prostate enlargement that squeezes the urethra. Health care providers should assume that men and boys have a complicated UTI until proven otherwise.

Bladder infections are generally self-limiting, but antibiotic treatment significantly shortens the duration of symptoms. People usually feel better within a day or two of treatment. Symptoms of kidney and prostate infections last longer. Drinking lots of fluids and urinating frequently will speed healing. If needed, various medications are available to relieve the pain of a UTI. A heating pad on the back or abdomen may also help.

Recurrent Infections in Women – Health care providers may advise women who have recurrent UTIs to try one of the following treatment options:

During pregnancy, bacterial infection of the urine—even in the absence of symptoms—can pose risks to both the mother and the baby. Some antibiotics are not safe to take during pregnancy. In selecting the best treatments, health care providers consider various factors such as the medication’s effectiveness, the stage of pregnancy, the mother’s health, and potential effects on the fetus.

Complicated Infections – Curing infections that stem from a urinary obstruction or other systemic disorder depends on finding and correcting the underlying problem, sometimes with surgery. If the root cause goes untreated, this group of patients is at risk for kidney damage. Also, such infections tend to arise from a wider range of bacteria and sometimes from more than one type of bacteria at a time.

Infections in Men – Urinary tract infections in men are often the result of an obstruction—for example, a urinary stone or enlarged prostate—or are from a catheter used during a medical procedure. The first step in treating such an infection is to identify the infecting organism and the medications to which it is sensitive.

Most urinary tract infections (UTIs) arise from one type of bacteria, Escherichia coli (E. coli), which normally lives in the bowel.

Symptoms of a UTI in adults may include the following:

And AS ALWAYS, be sure to consult your health care provider for more information.

Another valuable resource article on the topic of a UTI – urinary tract infection – for all of us in the Sandwich Generation, even if our aging parents do not have Alzheimers Disease, – is Alzheimer's, Dealing with Bladder Infections and Urinary Incontinence, Avoiding the Urinary Tract Infection, written by Carole Larkin at Bob DeMarco's site, Alzheimer's Reading Room. I especially appreciated the info she shared that, "Urologists and certain home health companies can actually train mom how to completely empty her bladder using “Kegel” exercises and biofeedback. Learn the procedure and reinforce the training given to mom after the therapy ends." That was totally new to me and I'll be asking our own doctor about that the next time we visit the office! How about you? 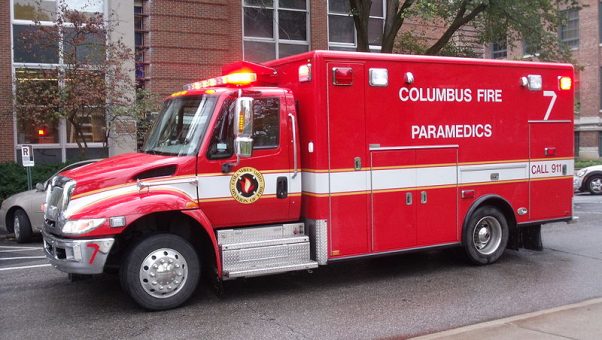