News and Resources for Boomers and Seniors in the Sandwich Generation: Urinary Tract Infections

Urinary Tract Infections (UTI) are NOT fun, are they? I've had one, some of my senior women relatives have experienced them, and even some of the younger generation in our extended family have dealt with them. To the best of my knowledge, none of our "men-folk" have, BUT men CAN get a UTI as well. That makes this a nasty little infection that can impact everyone in our Sandwich Generation families.

One very frustrating thing I've learned about UTIs in the past year is that for our aging mothers and other women relatives, it may have TOTALLY different symptoms than normal – or none at all that are noticeable. You – and they – may not realize they have a UTI until they are so ill they need to head to urgent care or the hospital as soon as possible. DEFINITELY not fun. Not only that, If the infection spreads to your kidneys, symptoms such as these found at the NIH site may include:

Did you notice the ones I bolded? #2 can reflect how our elderly parents feel on a normal day! And #6 means we could start suspecting dementia symptoms, Alzheimers Disease, or more – only to, hopefully, discover it is just a UTI. So this is definitely something we NEED to know a lot about!  And since I have had to do some research on this irritating little infection and learned so much, I thought I'd share it with you – straight from the horse's, err – government's mouth…pen…computer: 🙂

What is a urinary tract infection (UTI)? A UTI is an infection in the urinary tract. Infections are caused by microbes—organisms too small to be seen without a microscope—including fungi, viruses, and bacteria. Bacteria are the most common cause of UTIs. Normally, bacteria that enter the urinary tract are rapidly removed by the body before they cause symptoms. However, sometimes bacteria overcome the body’s natural defenses and cause infection. An infection in the urethra is called urethritis. A bladder infection is called cystitis. Bacteria may travel up the ureters to multiply and infect the kidneys. A kidney infection is called pyelonephritis.

What is the urinary tract? The urinary tract is the body's drainage system for removing wastes and extra water. The urinary tract includes two kidneys, two ureters, a bladder, and a urethra. The kidneys are a pair of bean-shaped organs, each about the size of a fist and located below the ribs, one on each side of the spine, toward the middle of the back. Every minute, a person’s kidneys filter about 3 ounces of blood, removing wastes and extra water. The wastes and extra water make up the 1 to 2 quarts of urine a person produces each day. The urine travels from the kidneys down two narrow tubes called the ureters. The urine is then stored in a balloonlike organ called the bladder and emptied through the urethra, a tube at the bottom of the bladder.

When the bladder empties, a muscle called the sphincter relaxes and urine flows out of the body through the urethra. The opening of the urethra is at the end of the penis in males and in front of the vagina in females.

What causes UTIs? Most UTIs are caused by bacteria that live in the bowel. The bacterium Escherichia coli (E. coli) causes the vast majority of UTIs. Microbes called Chlamydia and Mycoplasma can infect the urethra and reproductive system but not the bladder. Chlamydia and Mycoplasma infections may be sexually transmitted and require treatment of sexual partners.

The urinary tract has several systems to prevent infection. The points where the ureters attach to the bladder act like one-way valves to prevent urine from backing up toward the kidneys, and urination washes microbes out of the body. In men, the prostate gland produces secretions that slow bacterial growth. In both sexes, immune defenses also prevent infection. But despite these safeguards, infections still occur. Certain bacteria have a strong ability to attach themselves to the lining of the urinary tract.

How common are UTIs in adults? Urinary tract infections are the second most common type of infection in the body, accounting for about 8.1 million visits to health care providers each year.1 Women are especially prone to UTIs for anatomical reasons. One factor is that a woman’s urethra is shorter, allowing bacteria quicker access to the bladder. Also, a woman’s urethral opening is near sources of bacteria from the anus and vagina. For women, the lifetime risk of having a UTI is greater than 50 percent. 2 UTIs in men are not as common as in women but can be serious when they occur.

Who is at risk for a UTI? Although everyone has some risk, some people are more prone to getting UTIs than others. People with spinal cord injuries or other nerve damage around the bladder have difficulty emptying their bladder completely, allowing bacteria to grow in the urine that stays in the bladder. Anyone with an abnormality of the urinary tract that obstructs the flow of urine—a kidney stone or enlarged prostate, for example—is at risk for a UTI. People with diabetes or problems with the body’s natural defense system are more likely to get UTIs.

Sexual activity can move microbes from the bowel or vaginal cavity to the urethral opening. If these microbes have special characteristics that allow them to live in the urinary tract, it is harder for the body to remove them quickly enough to prevent infection. Following sexual intercourse, most women have a significant number of bacteria in their urine, but the body normally clears them within 24 hours. However, some forms of birth control increase the risk of UTI. In some women, certain spermicides may irritate the skin, increasing the risk of bacteria invading surrounding tissues. Using a diaphragm may slow urinary flow and allow bacteria to multiply. Condom use is also associated with increased risk of UTIs, possibly because of the increased trauma that occurs to the vagina during sexual activity. Using spermicides with diaphragms and condoms can increase risk even further.

Another common source of infection is catheters, or tubes, placed in the urethra and bladder. Catheters interfere with the body’s ability to clear microbes from the urinary tract. Bacteria travel through or around the catheter and establish a place where they can thrive within the bladder. A person who cannot urinate in the normal way or who is unconscious or critically ill often needs a catheter for more than a few days. The Infectious Diseases Society of America recommends using catheters for the shortest time possible to reduce the risk of a UTI.

Men are less likely than women to have a first UTI. But once a man has a UTI, he is likely to have another because bacteria can hide deep inside prostate tissue. Anyone who has diabetes or a problem that makes it hard to urinate may have repeat infections.

Research funded by the National Institutes of Health (NIH) suggests that one factor behind recurrent UTIs may be the ability of bacteria to attach to cells lining the urinary tract. One NIH-funded study found that bacteria formed a protective film on the inner lining of the bladder in mice.6 If a similar process can be demonstrated in humans, the discovery may lead to new treatments to prevent recurrent UTIs. Another line of research has indicated that women who are “nonsecretors” of certain blood group antigens may be more prone to recurrent UTIs because the cells lining the vagina and urethra may allow bacteria to attach more easily. A nonsecretor is a person with an A, B, or AB blood type who does not secrete the normal antigens for that blood type in bodily fluids, such as fluids that line the bladder wall.7

Infections during Pregnancy – Pregnant women seem no more prone to UTIs than other women. However, when a UTI does occur in a pregnant woman, it is more likely to travel to the kidneys. According to some reports, about 4 to 5 percent of pregnant women develop a UTI. Scientists think that hormonal changes and shifts in the position of the urinary tract during pregnancy make it easier for bacteria to travel up the ureters to the kidneys and cause infection. For this reason, health care providers routinely screen pregnant women for bacteria in the urine during the first 3 months of pregnancy.

Whew! So much info – and that's only the half of it, literally. Check back next Saturday for the rest and another great resource! In the meantime, many thanks go to the National Institutes of Health NIH – A service of the National Institute of Diabetes and Digestive and Kidney Diseases (NIDDK) – for preparing and providing this information and allowing us to pass it on as a wonderful resource for all of us in the Sandwich Generation as we juggle all the needs and issues involved with multigenerational caregiving! And… 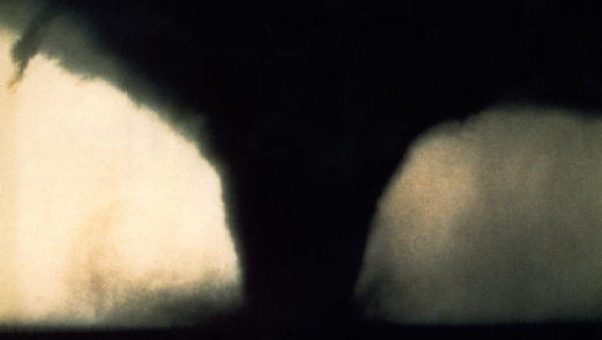 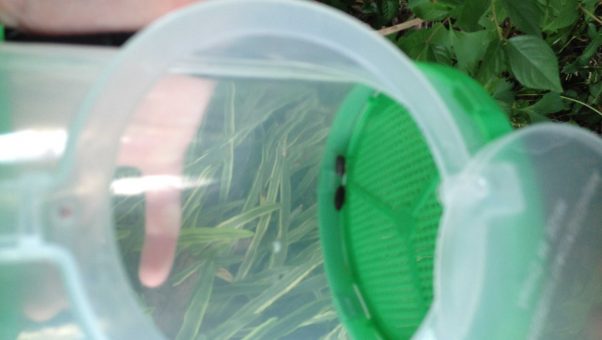