Interesting News for Boomers and Seniors Who Are Grandparents

With the number of my grandkids in the double digits, all of whom are constantly growing, are in Christian schools – both home school and traditional, and are fun to play games with, I do have a significant amount of my budget allocated towards them. Whether it's buying craft projects for those times I'm babysitting grandchildren, picking out just the right Bible for a special Easter gift, shopping on the East Coast for special deals in thick tights for those on the West Coast, or grabbing some chips for their lunch, it does definitely add up, doesn't it? And according to a new AARP survey, I'm not alone. Check out this information they sent me:

Today, AARP released the results of a new survey providing a snapshot of the essential role grandparents age 50 and older play in the lives of their grandchildren. Through a national telephone survey, the report finds 90 percent of grandparents believe they play an important role in their grandchildren’s lives. “Grandparenting is about more than a sense of responsibility,” said Amy Goyer, AARP’s Multigenerational and Family Issues expert. “This survey reinforces that today’s grandparents contribute to the basic quality of their grandchildren’s lives; they are the safety net for American families, helping to pay for practical expenses and necessities. We see many providing daycare services, while growing numbers even have grandchildren living with them.”

When it comes to spending, most grandparents agree they would make sacrifices rather than let their financial situation affect their grandchildren. Forty percent of grandparents reported spending more than $500 on their grandchildren over the last 12 months. They widely report spending beyond traditional gifts, most noticeably contributing to education costs (53 percent), everyday living expenses (37 percent) and medical or dental costs (23 percent).

The economy and generational differences are shifting still more responsibilities to grandparents. Beyond gifts, 11 percent of grandparents have a grandchild living with them – this jumps to 19 percent for African-American grandparents – and of these, 43 percent are the grandchild’s primary caregiver. Even if grandparents are not serving as caregivers, 16 percent provide daycare services for their grandchildren when parents are at work or school. More than 80 percent of grandparents report speaking to their grandchildren on the phone at least once a month and more than a third communicate through new technologies such as e-mail, Skype, and text messaging. Fifty percent or more report their conversation topics include morals and values; religion and spirituality; peer pressure or bullying; illegal drugs; and drinking and alcohol use. Thirty-seven percent report discussing dating or sex with at least one of their grandchildren. 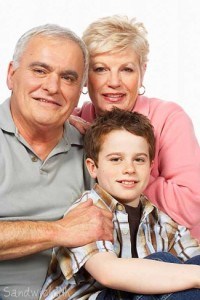 VERY interesting, don't you think? It's definitely nice to have company and it looks like those of us in the Sandwich Generation who are combining babysitting grandchildren with taking care of aging parents do have plenty of it. You can find the full “Insights and Spending Habits of Modern Grandparents” report at www.aarp.org/grandparentsurvey. So what do you think? Do you fit any of the above criteria. I know I mesh in several areas, including caregiving. I was surprised it didn't go into more detail regarding adopted grandkids, something else my family is much blessed with. But it did make sure to include them in the counts. 🙂 Now – it's your turn! We'd love to hear your thoughts on all of this! 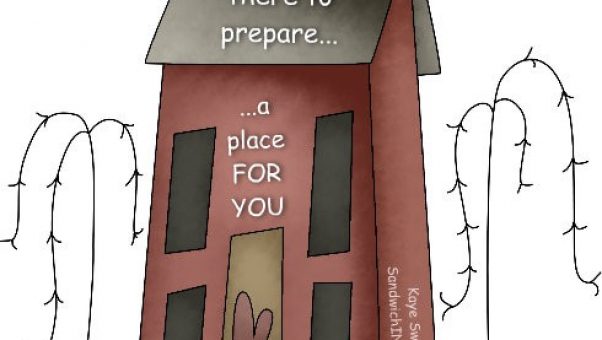 “What is Heaven Really Like, Grandma?” Heavenly Resources for the Sandwich Generation – 1 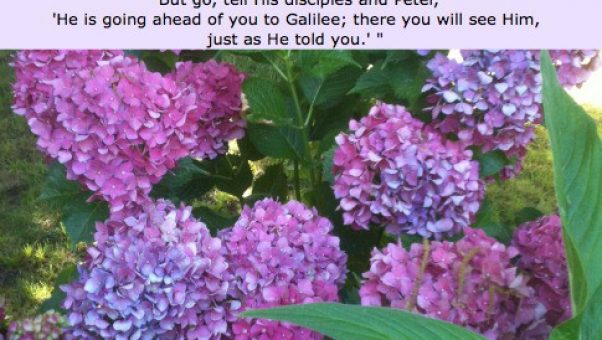 Happy Easter to All of Us in the Sandwich Generation!