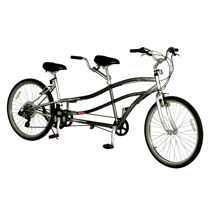 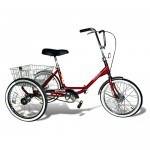 Are you, like me, in the never-admit-to-aging Baby Boomers Generation caring for elderly parents and dealing with (or have dealt with) Parkinson’s Disease symptoms? My dad had it for over 15 years, before he finally developed advanced Parkinsons symptoms. He stayed quite active, taking long walks daily, until those last few months of his life.

I just read some intriguing news for seniors in the New York Times, “Cycling Provides a Break for Some With Parkinson’s.” I wish I had known about  this kind of information years ago and, while it’s too late for us, I couldn’t wait to tell you! According to the article, at least a few people whose lives have been severely impacted by Parkinsons Disease and its myriad of symptoms, including those with advanced Parkinsons, are able to ride a bike freely! Even those with the Parkinson’s gait who freeze when trying to walk!

The doctor who first made this discovery with one patient, Dr. Bastiaan R. Bloem of the Radboud University Nijmegen Medical Center in the Netherlands, is quoted as saying, “One explanation for the finding might be that bicycling uses a different part of the brain than walking and might not be so severely affected by Parkinson’s disease. Or it might be that the rhythmic pressure of the pedals on patients’ feet cues the nervous system to allow a cycling movement.”

Here is a link to the video of the patient showing first his severe Parkinson’s Disease symptoms and gait, followed by him riding the bike.

Next, I found a transcript of an interview with the doctor at The World, discussing cycling with Parkinson’s Disease symptoms.

I also found this article, from Theracycle, Forced Exercise Parkinson’s Study. This study involved a doctor working one on one with patients who were struggling with the symptoms of their Parkinson’s Disease, first by riding with them on a tandem bike and later trying other means including riding the Theracycle Motorized Exercise Bicycle, all as part of a trial treatment for Parkinson’s Disease. It is very interesting and it has links to other articles on this subject.

If I’d read these when my sweet dad was still here, we would have had him try out an exercise bike post haste, after checking with his neurologist, of course! I know his daily walking definitely kept him more active than most for longer than the norm. And another relative in our family, who also suffered from Parkinson’s Disease symptoms, also stayed active longer than most. He was a life long bike rider. I’m not sure for how long he kept riding, as he’s also gone to be with the Lord. But this is definitely good food for thought!

In fact, when you read the first transcript above, you may notice a comment from one person saying, “whatever you do – keep moving.” If my dad was still here, he would definitely say, “Here, here!” And certainly, regular bicycles, tricycles for adults, or stationary exercise bikes are all excellent additions to our boomer and senior fitness and bodybuilding equipment adding the vital aerobic component to our exercise plans.

There are absolutely no guarantees but this is certainly something worth checking into cautiously and carefully, starting with discussing it with the patient’s doctor. And if you do give this a try, please let us know how it goes. We’ll all be waiting with excitement! 🙂

This is definitely good news! I love getting to pass on good news for any and all of us in the Sandwich Generation, caring for elderly parents, especially those with Parkinson’s Disease and/or Alzheimer’s Disease including with dementia symptoms, as those are areas we’ve dealt with, up close and personal!

On a different and even more personal news note, the Sandwich Generation is in the news at Seniors for Living’s Facebook site. SandwichINK has enjoyed participating in the Boomers and Seniors: News You Can Use blog carnival since Seniors For Living started it 1 ½ years ago. Seniors for Living is a wonderful resource for all of us in the Baby Boomers Generation caring for elderly parents and that includes their Facebook site.

Last month they began a new series at Facebook, appropriately titled Faces That Impress Us. They had a very interesting article for their initial post featuring Dale Carter, from Transition Aging Parents.com. Dale is another favorite resource here at SandwichINK.

This month, I am honored to announce they selected – me!  🙂 You can find out how long I’ve been dealing with the Sandwich Generation issues of life, two of my special heroes, some of my favorite websites, and more at FACES THAT IMPRESS US: Kaye Swain – SandwichINK.

I have to confess, it’s fun to be “making the Baby Boomer news” this time as well as reporting useful news and information for all of us in the Sandwich Generation, caring for elderly parents and taking part in fun activities for grandparents and their grandchildren. And, to stay current on all that news… 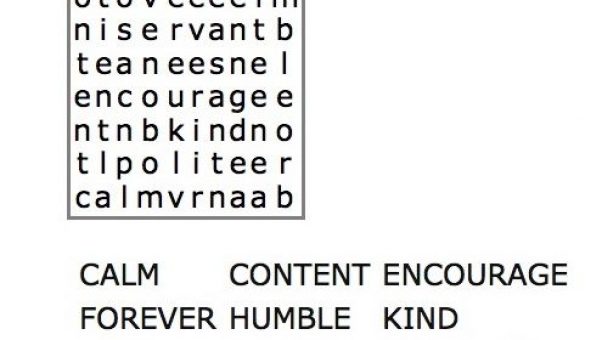 Singing “Love” Bible Songs are Fun Activities for Grandparents and Their Grand-Children! 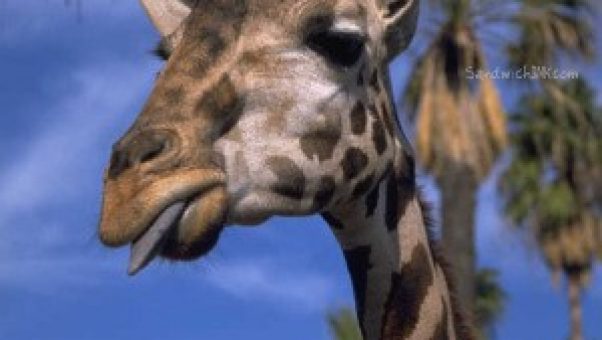 Bible Memory Verses Fun: Giraffes Help To Remind Us That Love is Not Rude!