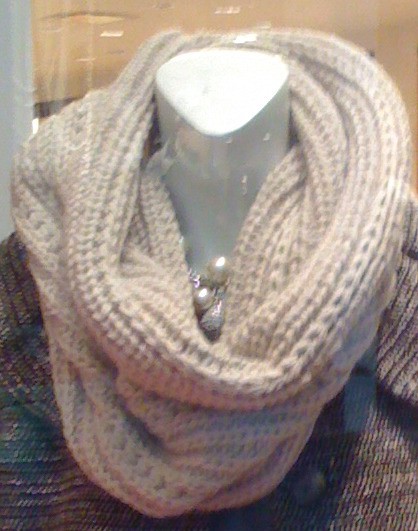 Moving to a new state with an aging parent brings with it all sorts of new, interesting, and sometimes difficult changes. One my senior mom and I have discovered is colder weather than we've ever experienced before. Now, all of you who live where it is often cold are probably wonderfully acclimated and would think our weather is a piece of cake. But for a senior woman along with one from the Baby Boomer Generation who had previously lived in the temperate areas of both coasts, a steady dose of 20-40 degree weather accompanied by occasional wind, rain and even snow is definitely chilly!

We're learning to deal with it and you'd be quite proud to hear that we are still walking outside fairly regularly. Today's walk was a bit harder than usual as I forgot to grab a hat and my ears just froze. My mom started the walk out saying she didn't need any scarves but by the end of the walk, she had changed her mind! She hates wearing her knit hat as it bunches her hair up. Scarves are better, but they can be tricky for those with arthritis. They're hard to arrange when you have limited motion and if you drop them, they're hard to pick up. I recommended something a dear friend suggested to me a couple of years ago when I was visiting her icy area. It's a wonderfully warm, comfy, and good looking 4-in-1 scarf, cowl, tube scarf, hat, knitted neck and face warmers, and/or neck gator/gaiter. I kid you not. I found all those names out there!  Basically, it's a long scarf tube, sometimes with ties at one end. You put it over your head and arrange it around your neck. Now you have a pretty neck warmer. If you want more warmth coverage, you pull it up a bit. It's long enough to cover your whole head, as if it was a fleece or knit hat. It's cute, it's warm, and once it's on, it's easy.

My friend bought her hooded cowl scarf at Ross a couple of years ago. By the time she told me about it, they were all gone. I finally found a knit cowl scarf online at Ebay, but they're not there any more. At least they weren't on the day I wrote this. 🙂

I spent an hour or two researching and found that while it's got a bunch of names it's VERY hard to find! I persevered, though, and finally tracked down a similar product online at Sears. It's listed with the mens scarves but it really is a unisex item. I decided to purchase two of these Covington Fleece 4-in-1 mens scarves so she can have one and we can have a spare and to share. They were on sale and the shipping price was the same whether I bought one or two, so I was thrilled. When they arrived, I found they are a bit on the small side, which is strange since they were in the men's department. I'm going to keep two of them for backups to my favorite one, but my mom will return hers as she doesn't like such a tight feel. That's the nice thing about having ordered it from Sears. I can go into the store and return them easily.

I also, finally, discovered some gorgeous knit hooded cowl scarves on Amazon. Very handy for aging parents who don't want to have to deal with scarves getting in the way of dealing with walkers, etc. and easy ordering for us busy baby boomers caring for our elderly parents!

For those who are blessed with the gift of being able to knit, SimpleKnits has a knitting pattern to make these cowl scarves. What great gifts they would make for the elderly parents and relatives in your life, not to mention yourself! I am thinking of giving them a try for next winter. 🙂  The writer says it's very easy. Unless you, like me, have a hard time with dropped stitches! 🙂

For that reason, I prefer to make crochet patterns. I was delighted to find a couple of those as well. Hook And Needles has a pretty Flexi-Cowl crochet pattern that would make lovely scarves.

Last but not least, here is a wealth of womens and mens scarves of ALL types at Crochet Pattern Central. They have crochet patterns for regular womens and mens scarves as well as  several neck warmers and cowls.  The one by Bernet would make the hooded scarves I love. It is listed as an intermediate project though…  Hmmm, If I could just train my computer to crochet for me… 🙂  🙂  🙂 My senior mom and I would both love these though, so I may just have to give them a try!  If any of you are brave enough to give them a go, we'd love to see photos of your works of art, or should I say, Scarves of Art. 🙂

P.S. Guess what! A fabulous book, CowlGirls, just came out – full of great knit cowl neck warmer scarf patterns! If you've been wanting to learn how to knit a cowl neck scarf or just would like to have all your knitted cowl patterns in one book, this is perfect! Just click here for more information or to order it. 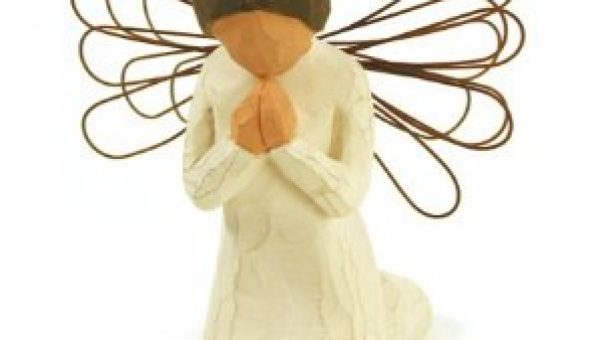 Using Inspirational Bible Verses to Pray For Our Multigenerational Families