As a member of the never-aging Baby Boomers Generation, I can still remember life without cell phones! I remember when I used to leave my kids with a babysitter while my husband and I went off for a date for the day. (This isn’t an article about dates with husbands BUT may I say I HIGHLY recommend regular dates for all married couples . It will definitely help keep your marriage healthy!). We used to plan our little day trips to include stopping to eat, use the restroom and find a payphone to check on the kids. That was only 15 years ago. 14 years ago my husband got his first cell phone, accompanied by my concern that it was way overpriced and not really necessary. The very next date, when we were in the boonies and I could call and check on the kids without having to spend half an hour looking for a pay phone, made a believer out of me and we’ve never looked back. I got my own about a year later and now my cell phone has morphed into a very smart iPhone and I love it even more.

It took me four years to convince my senior mom that cell phones for senior citizens are a GREAT idea. Since I am in and out a lot, I wanted her to have one for emergencies. Not to mention the fact that it is a big help when we’re shopping at a big store like Wal-mart or Target. It definitely beats having to page each other – which never works well anyway. I can rarely understand what they are saying on the loudspeaker and rarely catch my name when it is called (such as for car service being done).

It wasn’t until we discovered the Jitterbug cell phones for seniors that she was finally won over to the “cell side.” These large and simple cell phones are specifically made for senior citizens. They are similar in many respects to the very first phone my husband bought. It is ONLY a cell phone. No camera, no games, no calendar, no nothing else to confuse our aging parents. It’s cell phone simplicity at its best. It has the 10 number buttons, a star * button, and a pound # button, all in large print. It has an up and down arrow, a yes button, a no button, and an on/off button. And that’s it! Your elderly parent can dial the phone number themselves. If they are unable to or don’t want to, they can also just push the 0 button and they get a real live operator. I bet most of them remember back to when that was a common way to use the phone. I do and I’m only in my 50s. 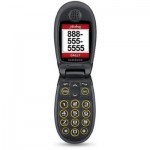 The shape is easy to hold and it has a rubber cover around the section that goes on the ear, making it more comfortable. My senior mom has the flip phone, so she can carry it in her pocket or purse and not have to worry about calling someone accidentally, which is something I just did with my new cell phone yesterday! Very aggravating for me. Very confusing if it had happened to my mom.

When she first got one of these great Jitterbug cell phones for senior citizens, I set it up for her. I called the company, arranged for the monthly bill to be paid automatically through her credit card, and read them the names and phone numbers of the people we wanted in her cell phone. In about 15 minutes it was all set up. I also set up an online account I can easily access anytime which makes it easy for me to add and delete phone numbers, check her minutes, etc. It really is amazingly simple – to me. For my mom, it is still a tad intimidating overall. The more she uses it, though, the easier it gets. She’s doing so well with it, she actually upped her minutes recently. She’s even started bragging about it to her senior friends. And they’re interested too!

Be sure, when you first set it up, to verify that they understand you as well as your parent can call regarding the account. When I called recently about changing her minutes, they required her to come on the line to approve me, even though I initially set up the account. It was fine then, but if I had been out of town, it would have been frustrating.

Since we began service around August of 2008, there have been two service outages , each lasting a couple of hours. I’ve never experienced that with AT&T. Then again, I know Blackberry users have experienced similar situations with their email. I don’t think any technology is 100% and they handled it great both times I called. It did keep me from following through on my thought to eliminate our landline, though. 🙂

Overall, we are both quite pleased with this service for her. I wouldn’t want it, as it offers too little for my needs. But for my senior mom, it’s practically perfect in every way. I understand they’ve got a brand new design out that makes them even easier cell phones for our elderly relatives to use. Since my mom takes such good care of hers and since we did get the insurance that is an option, we may never get to try it out. Whether you have the older model, or get the newer model, I definitely think it is one of the best cell phones for senior citizens! As Jitterbug puts it, “ "

You AND your aging parents will really appreciate the Jitterbug cell phones for senior citizens! 🙂

P.S. They also make great gifts for the elderly parents and relatives in our family. And with all the different holidays coming up – near and far  🙂  🙂  🙂 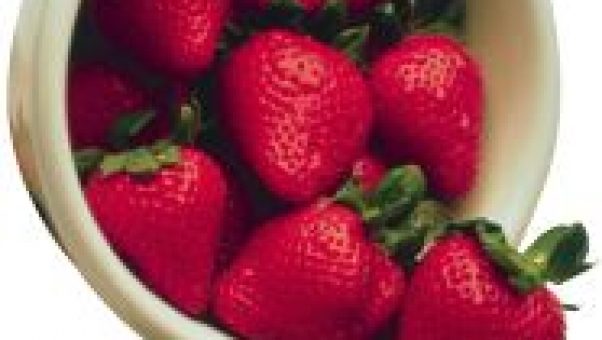 Big News for You From SandwichINK!