“Arthritis is the number one cause of disability in the nation,” according to Thurston Arthritis Research Center. I was diagnosed with osteoarthritis around 1999. I am blessed to have it fairly mildly except for the occasional flare ups that aren’t so fun. Some of my worst flare ups include:

I was walking across a room just fine one minute, and the next my knee hurt so badly I could barely walk. That lasted for a few weeks. Wearing a knee brace did help.

My whole body ached for weeks. At the time I wasn’t that familiar with flare-ups and thought it was my bed mattress. I finally broke down and bought a new one, which did nothing, but eventually the aching eased. Later I realized it was a flare-up. Fortunately both mattresses have come in quite handy for my whole family over the years.  🙂

My favorite incident, and the one that led to my diagnosis, was all in my finger. I was trying to open our front door with a key. I did nothing unusual but heard a weird pop and my finger started hurting like you wouldn’t believe. It got hot, swollen, and miserable. After a couple of days I finally broke down and went to the doctor’s, all the time wondering how opening a door could lead to a broken finger! It didn’t. It was my first known flare-up and quite a shock to have something I suspected I had be confirmed. It wasn’t the end of the world but it did hit hard. It made me realize I really wasn’t going to be sweet 16 my whole life! (You would think that, being in my mid-forties, I would have already realized that!) It was definitely outside the realm of my normal experiences. As I researched sites for this article, I discovered the term for the popping noise I heard – Crepitus . I must say, it’s an odd name for an odd sensation! I also discovered some other interesting facts and sites that were new to me that I wanted to share with you.

Arthritis pain may keep people with heart disease physically inactive . I can certainly understand this. I am very active, in large part due to my adorable grandkids. I also try to walk regularly with my senior mom. Some days I can exercise just fine. Other days, I play one day and pay the next with pain in one body part or another, which keeps me from doing much for a day or so. For those with complicating issues, such as heart disease, I am sure this all adds to the frustration level!

Arthritis isn’t just one disease . I t’s a complex disorder that comprises more than 100 distinct conditions and can affect people at any stage of life. Two of the most common forms are osteoarthritis and rheumatoid arthritis . I knew about the first two. I had no idea, though, that there were that many different and distinct conditions!

The burden and impact of Arthritis are greater among U.S.women than men . Very interesting! This site, along with it’s hour-long podcast (at the bottom of the site page), both look quite intriguing.

One of the signs of arthritis is extreme fatigue, lack of energy, weakness, or a feeling of malaise . Now that explains a lot about a handful of my days. Fortunately I’m generally so over-energetic it usually mitigates those symptoms, but sometimes… You can find more signs and symptoms along with links to a wide variety of screening quizzes at the About Arthritis site. Very handy.

Gout is part of the arthritis family.

The National Institute on Aging,  NIH , is a wealth of information, including plenty of very useful information about osteoarthritis and  rheumatoid arthritis , as well as many other diseases applicable specifically to Senior Citizens. Definitely a great site to bookmark.

There is a magazine called Arthritis which you can subscribe to at Arthritis.org You can also read articles from it there and subscribe to their free arthritis email newsletter.

Arthritis does not just impact adults . According to KidsHealth , " The most prevalent form of juvenile arthritis is juvenile rheumatoid arthritis, or JRA. It affects approximately 50,000 children in the United States. JRA also called juvenile idiopathic arthritis (JIA) because it is very different from adult rheumatoid arthritis." The Arthritis Foundation has a special site just for those dealing with Juvenile Arthritis.

Sadly, there isn’t one great cure for all the different conditions in the Arthritis “family .” There are, however, many ways you can gain some pain relief. You can find many of those listed at Healthlink , including discussions about medications, heat and cold, joint protection (that’s one of my favorites), weight reduction (that’s one I have to work on continually, just to maintain), exercise, surgery, and alternative remedies. Of course, you would run any and all of these by your family doctor first.

If you have an uncommon condition, you might find information for it at the National Organization for Rare Disorders , which has an extensive information library.

Now it’s your turn. Do you have a great site that discusses Arthritis ? Please share it with us in the comments section below. 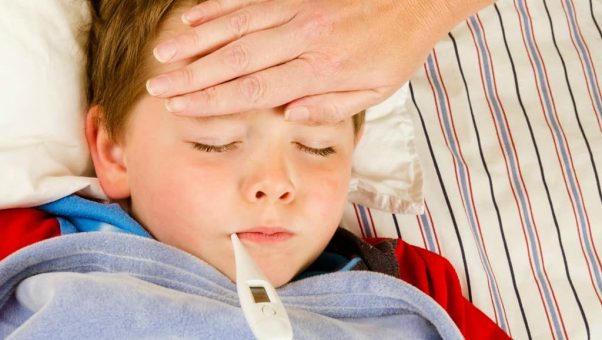