Are You Granddog-Sitting? Here are Some First Aid Tips and Tools to Help You! Part 1 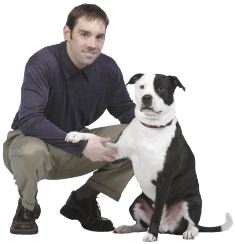 My new granddog had a sad accident last week. He got his dog dew claw caught on something he was scratching at and ended up with a broken dew claw injury!  A dog dew claw, per About's VetMedicine, is "the normal, non-weight bearing "extra toes" found on dogs, cats, and other animals, such as pigs." They are high up on each puppy's paw (if you look closely, you can barely see one on the dog above, right where his paw meets his owner's thumb joint) and they apparently can snag too easily onto things and get cut or pulled off. For this, and a variety of other reasons, many people have them removed when they have their dogs spayed or neutered. Many others think that is the wrong thing to do! I'm not going to enter into that argument. It's something each family needs to decide after consulting with their own vet and doing some research on the subject.

As far as this accident, though, we weren't sure WHAT do to. So we started with a call to the vet followed by quite a bit of online research. The vet had us clean the wound, wrap it in gauze and observe sweet granddog to see if the bleeding stopped, in which case they would make an appointment for the next day (it was a holiday weekend). Further research led us to styptic powder, which I knew of from the styptic pens many men use on shaving cuts. Turns out styptic powder is also great for dogs (cats and birds too) for those times when you may have to trim the nails on your granddog as it can be easy to miss and cause a minor cut. The styptic powder will usually stop the bleeding. We were able to buy it at PetSmart and it's also available online at Amazon and Walmart. It's a great addition to your dog first aid kits!

As it turned out, this sweet pup had pulled the whole dew claw out (though not the root), and it just kept oozing. He wasn't in any apparent pain, seemed to walk on it just fine, and definitely enjoyed the afternoon of total attention he got from me and his mom, but the oozing meant he had to go to the vet sooner rather than later.  So off we went, late that evening. Everyone at the vet clinic was great and two hours later, we headed home with a very groggy granddog wearing one of those plastic cone-shaped Elizabethan collars for dogs around his neck to keep him from chewing the bandage they put on him after they cauterized his foot.

He handled the Elizabethan Collar for dogs well over all. BUT it wasn't quite long enough so we had to get a bit bigger one. Turns out both the vet AND PetSmart sell them so we picked out two, took them home to try them out and returned one a bit later. The second one worked much better. If he really tried, he could manage to lick it a little, but not bad. And four days later, he was happy as a clam with no more bandage. Sadly, he does have to wear the cone one more week, but he's doing quite well with it so that's ok too. I just wish I had checked with Amazon before buying the new one. They have the traditional collars above, but they also carry a varied selection of soft Elizabethan collars for dogs, like the photo below, that look a lot more comfortable. 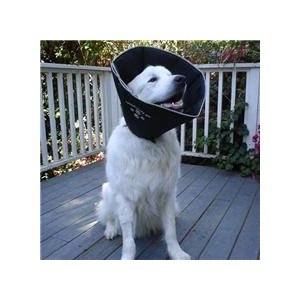 With my Amazon Prime Discount membership, I could have had it sent to the house the next day for $4.99 extra. It is about $10 more than the plain plastic collars, but definitely looks more comfy. And the Amazon reviews are excellent overall, though it probably depends a lot on your dog as well. If you'd like to read the reviews about them, just click here.

I'm afraid after that, he did miss all the attention from grandma, as I had to leave before he healed. But I'll have fun visiting again in a few months, and in the meantime will stay busy with other sweet granddogs near and far.

In the meantime, check back next Friday for the last post in this granddog series, with a couple of more important additions to the first aid kits for the dogs in your Sandwich Generation family. 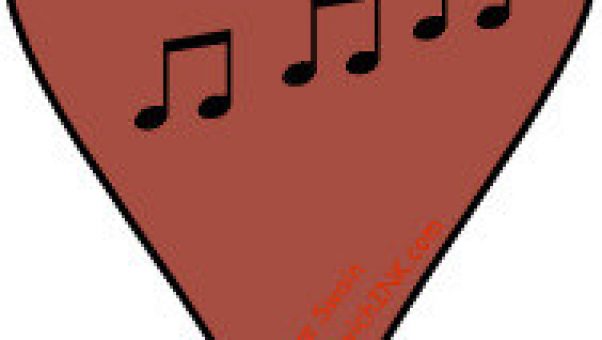 Comforting Bible Verses for Each of You in the Sandwich Generation: “You Are My Hiding Place” 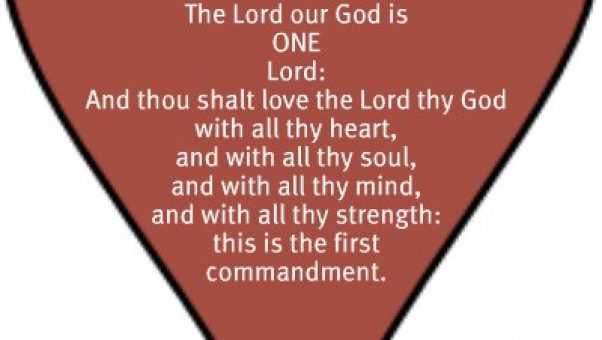 Bible Verses for Children: Love the Lord Your God with All Your Heart!